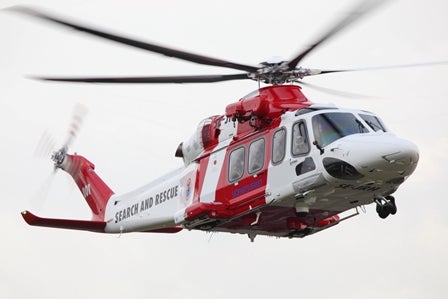 The Swedish Maritime Administration has received the first AW139 intermediate helicopter from AgustaWestland, during a ceremony held at Vergiate plant, Italy.

The aircraft has been delivered as part of a contract awarded by the Swedish Maritime Administration to AgustaWestland, in 2012, to deliver seven AW139 intermediate twin-engine helicopters.

Configured to support the administration’s search-and-rescue (SAR) missions, all the aircraft will be delivered by within 2014.

Featuring long-range and all-weather operational capabilities, the helicopter is equipped with full ice protection system (FIPS) to enable operations in all weather conditions.

AgustaWestland’s CEO, Daniele Romiti, said that the Swedish Maritime Administration’s AW139 aircraft delivery has marked a step ahead in capability and sets a new milestone for Sweden’s search and rescue.

"By selecting one of the most advanced SAR-dedicated rotorcraft systems in our comprehensive product range, Sweden will also benefit from the AgustaWestland’s long standing, well-established expertise in rescue operations," Romiti said.

"The AW139 helicopters will be operated from five bases across the country."

The AW139 helicopters will be operated from five bases across the country by the Swedish Maritime Administration, the authority responsible for maritime and aeronautical search and rescue services in Sweden.

Besides supporting SAR missions, the helicopter is capable of conducting a range of missions, such as law enforcement / emergency medical service (EMS), military transport missions and air ambulance, as well as maritime and offshore oil operations.

Powered by two Pratt and Whitney PT6C turboshaft engines, the AW139 is a 15-seat medium-sized helicopter designed to perform in hot and high conditions with inherent multirole capability and flexibility of operation.

The second AW139 helicopter is scheduled to be delivered to the Swedish Maritime Administration shortly and the third aircraft by the end of the year.