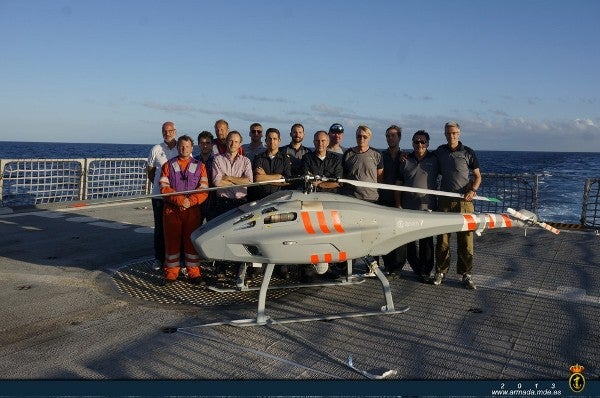 The UAV is due to be deployed in mid-September 2013 aboard the BAM-class patrol vessel Meteoro (P-41), which is currently operational in the Indian Ocean.

Saab has received a contract to provide services for the Skeldar V-200 system aboard a Spanish Navy offshore patrol vessel in operation Atalanta.

Following the completion of second phase of the programme, the Spanish Navy will decide which specific UAV model to procure.

The medium-range vertical take off and landing UAV can be deployed to support instant battle damage assessment and control of indirect fire, in addition to providing logistics support and ship-to-ship or ship-to-land transfers in rough weather conditions.

"The unmanned system can fly at a maximum altitude of 4,500m for five hours."

Powered by a two-cylinder, in-line, two-stroke, liquid cooled internal combustion engine, the unmanned system can fly at a maximum altitude of 4,500m for five hours and can cruise at a maximum speed of 130km/h with a mission radius of more than 100km.