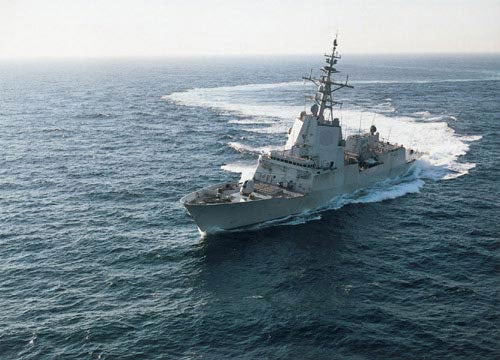 .
The Spanish Navy is considering the inclusion and participation of its F-100 frigates at Rota military base as part of a US-led Nato anti-missile defence shield in Europe.

The US Navy signed an agreement with Spain last year, according to which four US Arleigh Burke class destroyers equipped with anti-missile batteries will be based at Rota Naval base, Spain, between 2013- 2015.

Deployment at Rota will be one of the three pillars of the shield, while the other two pillars include a radar in Turkey and ground-to-air batteries in Poland and Romania.

The radars are expected to be initially operational by the end of 2012 and completed in 2018.

The US destroyers would take part in marine security missions and joint manoeuvres with allied nations in addition to protecting Europe from potential ballistic missile attacks.

The purchase of SM-3 interceptor missiles for the Spanish F100 frigates could be provided by US Smart Defence programme, a broader military initiative for the Nato resources, aimed to share costs and resist deep national defence budget cuts.

Discussion on the Smart Defence plan will be held at the Chicago summit of presidents from 20-21 May 2012.

Amidst continued Russian opposition, the US has repeatedly claimed that the missile shield is aimed to protect Nato members from potential missile attacks, and is not a threat to any nation.