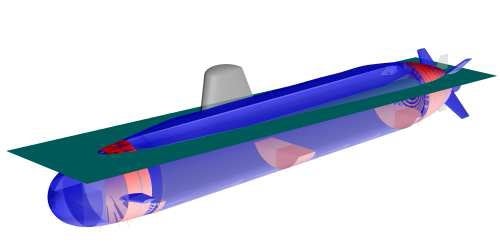 ADD principal researcher Dr Shin said: "Of particular interest to us is not only its powerful early design capabilities, but also the support services that QinetiQ GRC can offer us in terms of training and naval architecture design."

Capable of dealing with the complexities of both surface and underwater vessel design, the system is currently used by shipbuilders and designers, governments and academic institutions in more than 20 countries around the world.

"Paramarine has established itself as the world's leading naval architecture software tool for the design of submarines."

In addition, the fully integrated platform is used to design and analyse new build submarines and surface ships and has two onboard loading computer variants, Seagoing and SeaWeigh.

The company has also launched latest version of Paramarine to provide extended functionality such as probabilistic damage modelling and assessment, as well as enhancements to its emergency response, reporting, and stability assessment capabilities.

The software is also used by the UK Royal Navy to design and analyse new submarines and warships, including the Type 45-class destroyer HMS Daring (D32) and the nuclear-powered, 97m-long HMS Astute submarine.