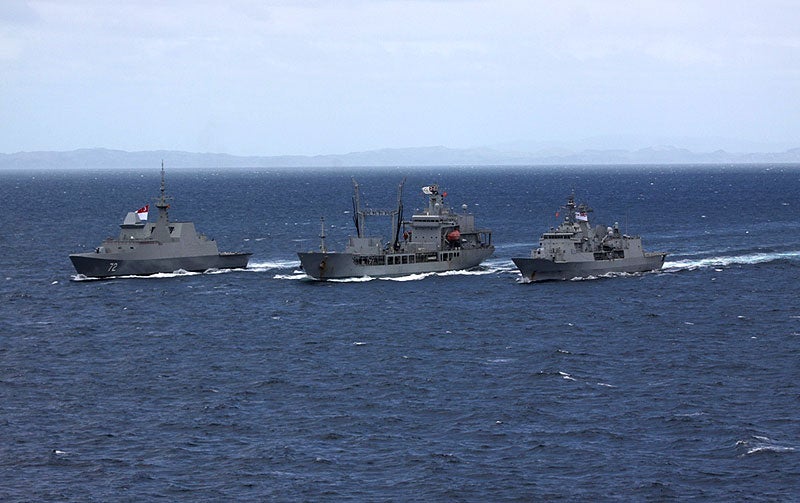 The Republic of Singapore Navy (RSN) and the Royal New Zealand Navy (RNZN) are conducting a joint annual training exercise, Lion Zeal 2012, off the east coast of the North Island, New Zealand.

Hosted by the RNZN, Lion Zeal was established in 1999 and aims to strengthen bilateral relations and enhance interoperability, as well as professionalism between the two navies while maintaining regional security.

During the exercise, personnel will conduct operational planning and tactical drills in maritime operations, including a sea phase for humanitarian and disaster relief missions.

As well as performing professional exchanges in conventional operations at sea and onshore, the naval crew will also conduct anti-air and live firing exercises against a towed air target.

"Our navy’s Anzac frigates are a valuable contributor to regional security, so it’s important that we work seamlessly with other navies."

"Our navy’s Anzac frigates are a valuable contributor to regional security, so it’s important that we work seamlessly with other navies."

Following completion of the exercise, TE KAHA is scheduled to undergo a modernisation programme that involves advanced technology upgrades in 2013, Beadsmoore said.

The RSN and the RNZN regularly conduct professional exchanges, visits and multilateral exercises, as part of the Five Power Defence Arrangements and the Western Pacific Naval Symposium.