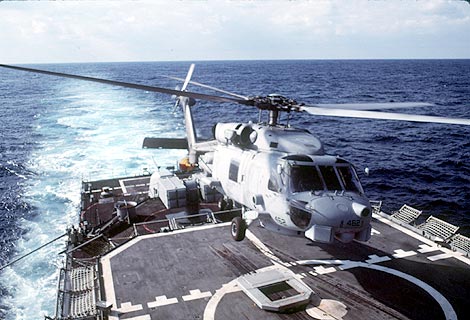 The Singapore Ministry of Defence (MINDEF) has awarded a contract to Sikorsky to deliver additional S-70B Seahawk helicopters to the country’s navy.

An unidentified industry source was quoted by Flightglobal as saying that the company would equip the new aircraft with a weapons kit that is different to those currently available on existing navy helicopters.

Further details on the contract and the new equipment have not been disclosed.

The Singapore MINDEF had ordered six S-70B helicopters in January 2005 to operate from the Formidable-class multi-mission frigates and enhance the navy’s capability to conduct a wide range of missions, as well as effectively protect its vital sea lines of communications.

Commissioned into service in January 2011, the existing six S-70B aircraft cruise at a speed of 270km/h with an endurance of three hours and are equipped with L-3 long-range active sonar and torpedoes to support anti-submarine warfare missions for the navy.

"The Seahawk can be equipped with the Lockheed Martin-built Hellfire air-to-surface missile to engage surface targets such as fast attack craft and small armed ships."

The two new seaborne helicopters are scheduled to be delivered to the navy in 2016.

S-70B Seahawk helicopters will be flown and maintained by air force personnel, although they operate from the navy’s Formidable-class frigates.