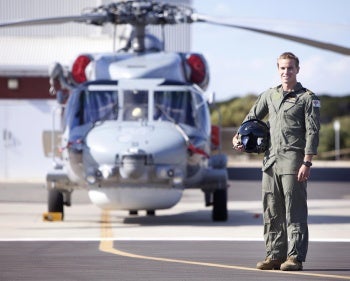 The Australian Government has awarded a $124.8m contract to Sikorsky Helitech for the maintenance and engineering support for the Seahawk and Black Hawk helicopters

Under the four-year contract, which also includes options, to extend for a further six years, the company will provide maintenance and engineering services in support of the Black Hawk and Seahawk fleets.

"For every hour in the sky, there are a lot more hours of repair and maintenance needed on the ground," he said.

Defence minister Stephen Smith added: "They have supported our troops on operations, as well as providing important disaster relief support here in Australia."

The multi-role Black Hawk helicopter has been operational with the Australian Defence Force since 1987, supporting missions such as aerial reconnaissance, observation, direction of artillery fire, casualty evacuation and aerial fire mission.

“For every hour in the sky, there are a lot more hours of repair and maintenance needed on the ground."

The Seahawks have been serving the Australian Navy since 1988 in range of roles, including search and rescue, supply and replenishment, as well as medical evacuation.

As well as supporting search and rescue missions, the Black Hawk helicopters were also deployed to provide disaster relief support during the 2011 natural disasters in Australia.