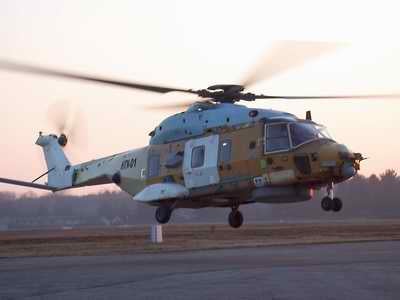 SELEX Elsag has received a contract from the Italian Ministry of Defence to deliver its laser obstacle avoidance and monitoring (LOAM) systems for installation on the Italian Navy’s tactical NH-90 helicopters.

The contract for the procurement of LOAM systems was signed at the recent 2012 Farnborough Airshow, which was held from 9-15 July in the UK.

The Italian Navy has ordered a total of 56 NH90s, ten of which will be configured for tactical transport and 46 for naval operations.

The Italian Navy has previously placed orders with AgustaWestland for the procurement of 46 NH90 naval frigate helicopters (NFH) to increase its operational capability and mission effectiveness.

Based on an eye-safe laser radar operating system, the LOAM system will enhance the situational awareness of the pilot, while providing increased level of safety when performing low-altitude flight during operational missions.

"The LOAM system will enhance the situational awareness of the pilot, while providing increased level of safety when performing low-altitude flight during operational missions."

The lightest and smallest laser obstacle warning system can be deployed in both standalone and integrated configurations on multiple types of helicopter.

Equipped with deck-lock and deck-traversing systems with an automatic blade, the helicopter features tail folding system to enable operations from small frigates during day and night, and in adverse weather conditions.

Under the £11m contract, the company will start delivery of LOAM systems to Italian Navy from 2013.