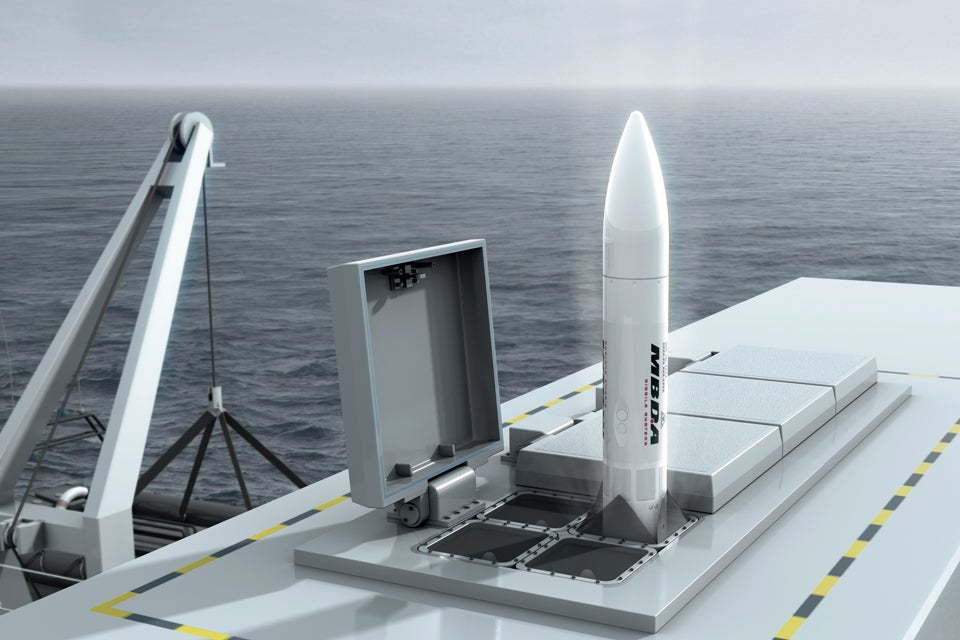 Under the contract, MBDA will deliver and install Sea Ceptor on to the type 23 vessels from 2016 and then be deployed on board the type 26 GCS as the primary air defence system.

In January 2012, MBDA had received a £483m demonstration contract for the Sea Ceptor from the Royal Navy under the future local area air defence system (FLAADS).

An agreement signed in 2010 with MBDA has also been extended by the UK MoD to manage the UK’s complex weapons portfolio.

Chief of the naval staff and First Sea Lord Admiral, Sir George Zambellas, said: "This state-of-the-art missile system is part of an exciting renaissance in our naval equipment programme, and when fitted to Royal Navy frigates it will further enhance our global authority as a leading maritime power."

Capable of being deployed on various platforms ranging from 50m offshore patrol vessels to large surface vessels, the 3.2m-long supersonic missile can intercept combat aircraft and missiles moving at supersonic speeds and neutralise them while protecting the host ship.

"Sea Ceptor can travel at speeds of more than 2,000 miles per hour."

Sea Ceptor, which can travel at speeds of more than 2,000 miles per hour, can intercept multiple targets and protect an area out to a range of 25km.

The £250M contract was announced at the Defence Security and Equipment International (DSEI) exhibition in London, UK, which is being held from 10-13 September 2013.

The UK Army and Royal Air Force are also planning to deploy the Sea Ceptor in future.