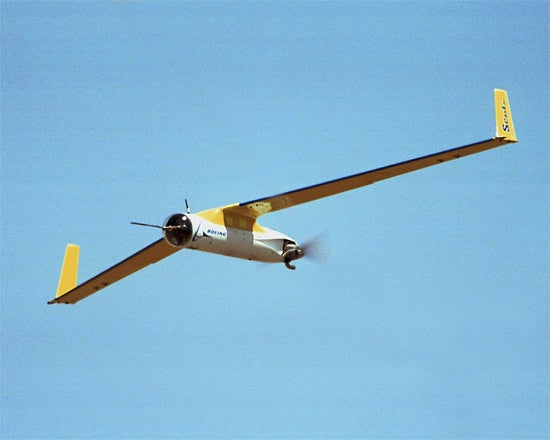 The UAV test was conducted by the Navy’s 24th Marine Expeditionary Unit (MEU) and was a part of final certification for deployment and participation in real-scenario training events, such as certification exercise (CERTEX) as well as Bold Alligator 2012.

The demonstration included locating and tracking pre-positioned vessels and engaging with suspicious activity organised ashore, such as drug or human trafficking and terrorist activities, as well as objects and divers in the water or unknown crafts and vehicles.

The UAV also participated in training exercises during which it successfully located simulated surface contacts with positive visual identification.

ScanEagle is an intelligence, surveillance and reconnaissance platform with a cruise speed of 48kts, ceiling of 19,500ft and endurance of more than 24 hours. It provides recognised maritime pictures to support crew decision-making.

Commanding officer aboard Gunston Hall, Captain John Meier said of ScanEagle: "It is state-of-the-art technology and is able to greatly enhance the ship’s air capabilities with small equipment providing video information possibilities that the ARG has never had before."

The UAS has operated from a variety of maritime platforms, including US Navy ships since 2005, achieving 1,500 launches and recoveries, as well as from a UK Royal Navy Type 23 frigate and from commercial vessels.

Gunston Hall is scheduled for spring deployment following its participation in Bold Alligator 2012 and CERTEX.

Image: Scan Eagle will expand the horizon of USS Gunston Hall by enhancing its air capabilities.

01 Mar 2021
Registration is disabled.
We use cookies to ensure that we give you the best experience on our website. If you continue to use this site we will assume that you are happy with it.ContinueLearn more