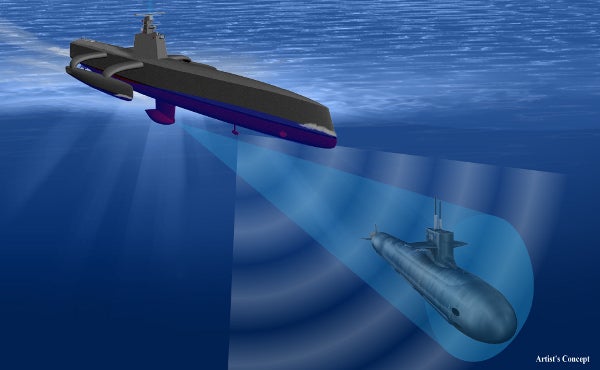 Under phases two to four of the programme, the company will be required to design, construct and demonstrate an unmanned surface vessel that will be capable of tracking silent threats such as diesel-electric submarines.

During phase one, the agency evaluated and validated the system concept and undertook risk reduction testing related to submarine tracking sensors and maritime autonomy.

"Key features and technology for the vessel includes advanced software, robust autonomy for safe operations in accordance with maritime laws, and innovative sensors to continuously track the quietest of submarine targets," Littlefield said.

The ACTUV programme seeks to curb emerging national security threats affecting the US and friendly naval operations worldwide, amidst increasing numbers of silent diesel electric submarines being built and operated by enemy nations.

The programme aims to leverage technology to perform stealth anti-submarine missions, while reducing work force and other related costs.

"This should create an asymmetry to our advantage, negating a challenging submarine threat at one-tenth their cost of building subs," added Littlefield.

The agency expects to test the operational unmanned vessel prototype in mid-2015.

Image: The ACTUV programme is focused on demonstrating the ASW tracking capability in an unmanned configuration. Photo: Courtesy of the US Defense Advanced Research Projects Agency.