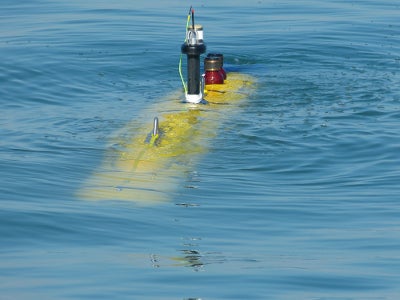 Under the single-award, fixed-fee, phase three contract, SAIC will provide a number of prototype nodes to test a scalable distributed system for identifying quiet submarines.

The fixed passive sonar node, TRAPS have been designed to achieve large-area coverage by exploiting the advantages of operating from the seafloor.

"TRAPS have been designed to achieve large-area coverage by exploiting the advantages of operating from the seafloor."

Under a previous contract, SAIC had designed a TRAPS prototype for the deep sea operations programme phase 1B, a part of the DARPA's distributed agile submarine hunting (DASH) programme, and continued further analysis of available navy datasets for underlying scientific approach validation.

The phase three contract has a fourteen-month base period of performance and one six-month option, which, if exercised, would bring the total value of the order to approximately $10m.