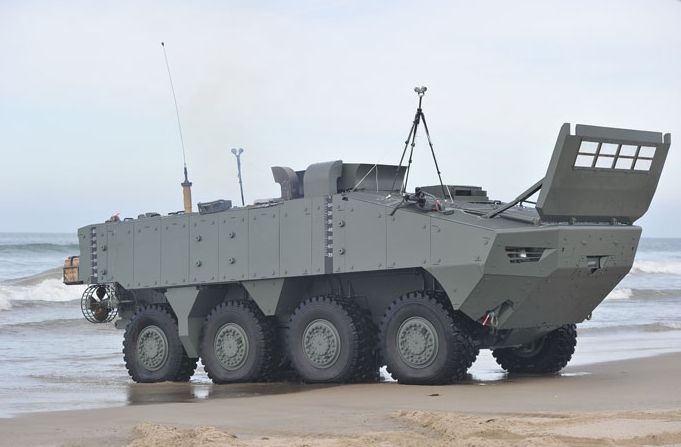 The Terrex 8×8 vehicle has undergone a series of water performance demonstrations in various sea conditions for two weeks in Camp Pendleton, California, and validated human factors and stowage capacity.

Through successful stowage of the gear and supplies, the ST Kinetics-manufactured Terrex vehicle also demonstrated its significant load capacity, which will be needed for three days of marines operations.

"The Terrex vehicle demonstrated its significant load capacity, which will be needed for three days of marines operations."

The human factors evaluation demonstrated the spacious interior and enabled rapid tactical and emergency egress, while the quick-release hatch design validated its ease of operation and rapid egress during the timed demonstration.

Designed to provide enhanced mobility and protection for the USMC, the Terrex network-centric, survivable vehicle features an advanced design that bridges the medium-armour ground vehicle gap while complementing the USMC’s assault amphibious vehicle and the future amphibious combat vehicle.

Prior to the trials, the vehicle had been modified to expand its manoeuvrability space of infantry battalions for military operations across land, littoral, and inland water environments by SAIC-led team, comprising of ST Kinetics and Armatec Survivability for the USMC MPC programme.

The USMC is expected to provide a final report of the trials in September 2013.