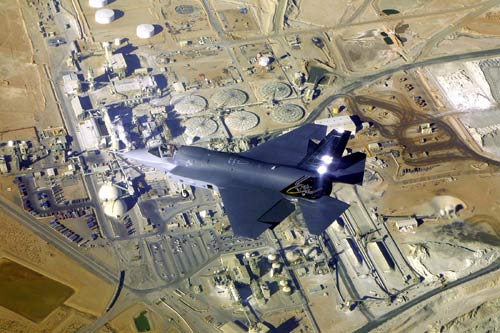 Under the $6.5m contract, Saft will deliver high power batteries which will provide back-up power for electro-mechanical actuation installed on to the F-35 aircraft flight control surfaces.

The battery has been designed by Saft to provide in-flight emergency backup power to the aircraft’s critical systems while each ship set comprises one JSF 270V and one JSF 28V battery per aircraft.

Currently under development in three versions by Lockheed, F-35 JSF is a fifth-generation multi-role fighter aircraft, designed to perform an array of ground attack, reconnaissance and air defence missions with stealth capability.

"Working on the F-35 programme gives Saft the unique opportunity to advance the role of Li-ion solutions in state-of-the-art aircraft."

In addition to replacing the USMC’s AV-8B Harrier and F-18 Hornet aircraft, the JSF variants will replace USAF’s existing F-16 Fighting Falcon and A-10 Thunderbolt II fleet, as well as McDonnell Douglas F/A-18 Hornet aircraft for the US Navy.

Principally financed by the US, the JSF programme also received additional funding from the UK and seven international partners, including Australia, Canada, Denmark, Italy, Netherlands, Norway and Turkey.