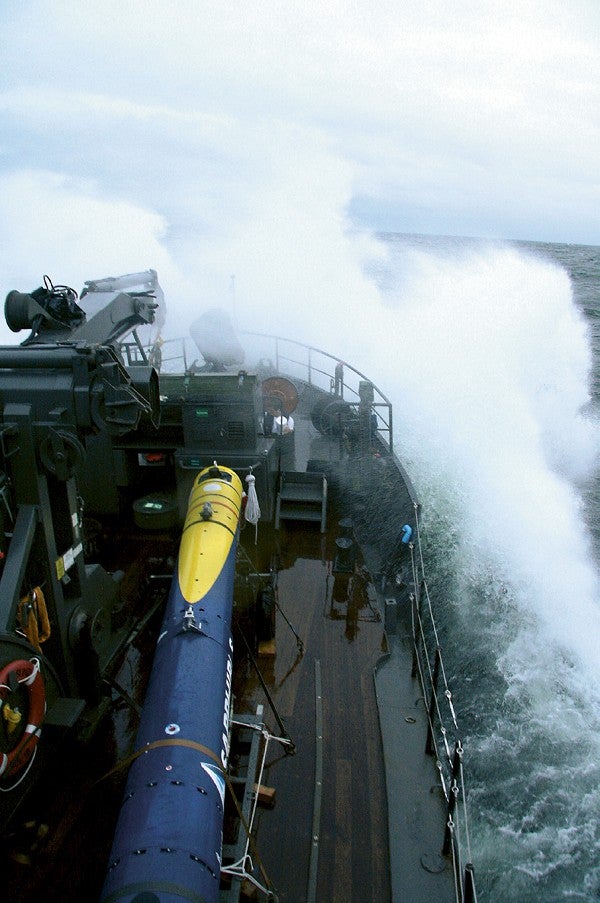 Saab has received a contract from an undisclosed customer for supply of its autonomous underwater vehicles systems (AUV), AUV62.

Under the $22.1m deal, Saab will deliver the systems in the advanced training target configuration for anti-submarine warfare (ASW) training.

Saab business area dynamics head and senior vice-president Görgen Johansson said: "The AUV62 is a competent and advanced system that will enhance and strengthen the customer’s underwater capabilities."

The 4m-7m-long system is compatible with any torpedo and sonar system and can be used to provide training to a navy’s ASW forces at a reduced cost.

With a maximum operating speed of 20k and 500m maximum depth rating, the autonomous system is fitted with a hydro acoustic link for submerged communication and WLAN, UHF/VHF, SatLink for surface communications.

Designed for launch from a submarine, ship or from shore, the vehicle features obstacle avoidance, a high-degree of positioning and user adaptability to battlefield threats.

In additiona, the vehicle uses advanced onboard sensors such as dual flank-array sonar and high-resolution gap-filler sonar to perform long-term mine-reconnaissance missions with increased speed.

"The AUV62 is a competent and advanced system that will enhance and strengthen the customer’s underwater capabilities."

Currently deployed with the Swedish Navy, the advanced and highly modern autonomous system is used for mine counter measures and rapid environmental assessments.

Deliveries of the autonomous underwater vehicles under the contract will be carried out during 2014.