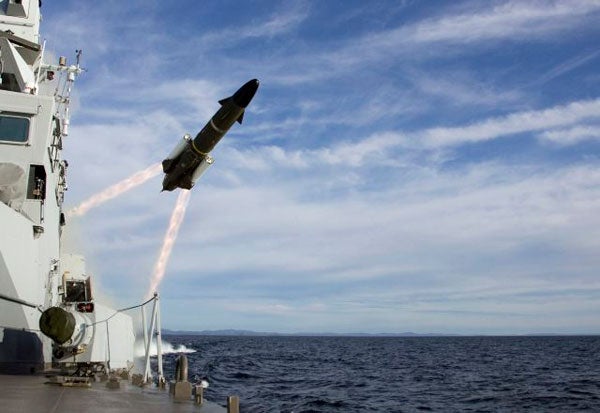 Diehl BGT Defence (DBD) has awarded a contract to Saab for the delivery of RBS15 Mk3 surface-to-surface missile (SSM) systems.

Jointly developed by Saab and DBD, the 4.35m-long low sea-skimming RBS15 Mk3 heavyweight SSM system is capable of striking targets within ranges of 200km, while travelling at a subsonic speed of Mach 0.9.

Powered by a Microturbo-built TR 60-5 variable-thrust turbo-jet engine, the missile features a guidance and control system comprising an inertial navigation system and a GPS receiver, a radar altimeter and a Ku-band radar target seeker.

The system is being developed in three versions, launched from ship, truck and air. RBS15s can also be integrated with an optimised heavy HE blast-fragmentation warhead, and are resistant to enemy countermeasures; they also feature low radar cross section and infrared signatures.

Additional features of the system include guns and close-in weapon systems (CIWS), as well as a missile engagement planning system (MEPS) to provide advanced user interface for generating plans for different scenarios.

Designed to be launched from naval vessels, the system is an upgraded version of the RBS15 Mk2 missile and is also suitable for small and large sized warships.

At present, the RBS15 Mk3 is operational with Swedish, German, Polish and Finnish navies.

Image: A Saab and DBD-built RBS15 Mk3 missile being launched from a frigate. Photo: courtesy of Saab AB.