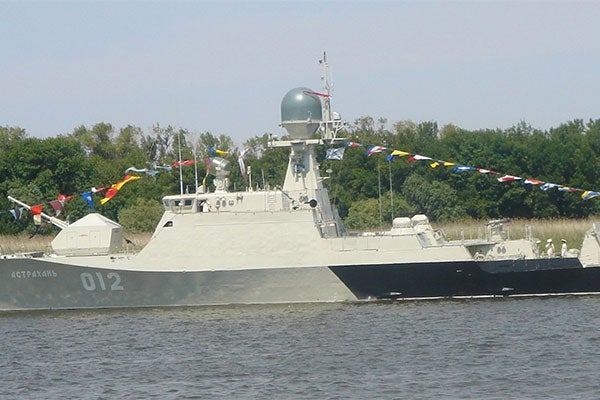 Currently, the first ship of the class, Grad Sviyazhsk, is undergoing final state tests and is due to be delivered to the Russian Navy by the end of 2013, according to RIA Novosti.

The strategic command’s press service said that the Russian Navy will receive a Grachonok-class patrol boat, several Serna-class landing craft, and three tugboats in the near future.

Procured as part of Russia’s broader strategy to boost the Caspian Flotilla’s capability, the new vessels will be deployed to protect offshore economic zones and combat enemy warships in littoral zones.

"The new vessels will be deployed to protect offshore economic zones."

Designed to protect naval installations from sabotage and terrorist attacks in littoral zones, the Grachonok-class boats feature a relatively small displacement and high speed, and can also be used in border defence activities for the Russian coastguard.

The 25.8m-long and 61t Serna-class landing craft has been designed to carry one tank, two infantry fighting vehicles, armoured personnel carriers, or a 92-men landing troop.

Armed with Kalibr (SS-N-27) anti-ship missiles, 100mm and 30mm guns and Igla-1M air defence systems, the Buyan-class corvettes have a displacement capacity of 949t and a range of 1,500nm.