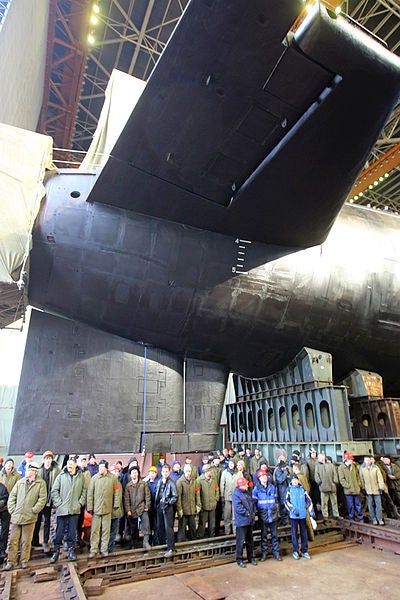 Sevmash shipyard was cited by RIA Novosti as saying that the SSBN Alexander Nevsky has completed sea trials, while the work is on schedule for the Borei-class project.

The shipyard did not disclose the details of when the submarine would join the Russian Navy.

By 2015, the Russian Navy is expected to receive eight Borei-class submarines to replace the existing Project 941 and Project 667 (Nato Typhoon and Delta-3 and Delta-4) class ballistic missile, as part of a state 2020 rearmament procurement programme.

Powered by an OK-650 nuclear reactor and AEU steam turbine, Alexander Nevsky can carry up to 16 ballistic missiles and torpedoes, including the Bulava (SS-NX-30) sea-based SLBM.

"Alexander Nevsky can carry up to 16 ballistic missiles and torpedoes."

Designed by the Moscow Institute of Thermal Technology, the Bulava replaces the R-39 solid-fuel SLBM.

The 111m-long and 12m-wide Yasen-class submarine has a full load displacement of around 13,000t, can cruise at a top speed of 35k and accommodate a crew of 50.

Russia is planning to spend $166bn on its military rearmament programme through 2020, which will see the navy equipped with ten Graney-class nuclear attack submarines and 20 diesel-electric submarines, including six Varshavyanka-class vessels.