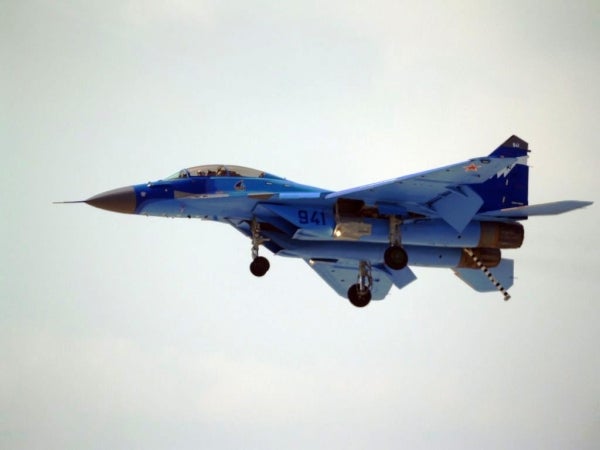 In February 2012, the Russian Ministry of Defence (MoD) has awarded a contract to MiG to develop and deliver 20 MiG-29K single-seat and four MiG-29KUB two-seat carrier-based fighter aircraft, according to RIA Novosti.

The MiG-29K is a naval version of the MiG-29 land-based fighter and is powered by two RD-33MK engines equipped with smokeless combustion chamber and a new full authority digital engine control (FADEC) system.

The company is scheduled to deliver the first four aircraft to the Russian MoD by the end of 2013, while the aircraft will operate from the Russian Navy’s Nikolayev South Shipyard-constructed Kuznetsov-class heavy aircraft carrier, Admiral Kuznetsov.

"Weapons equipped on the MiG-29K include RVV-AE and R-73E air-to-air missiles."

Capable of accommodating a crew of 1,960, the aircraft carrier features hull-mounted search and attack sonar to detect torpedoes and submarines and provides a maximum range of 8,500 miles at a speed of 18kt.