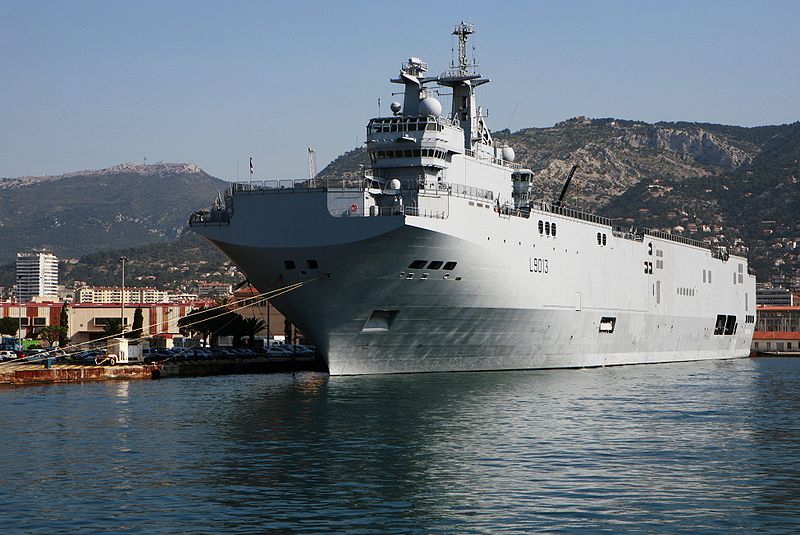 Mikheyev said to RIA Novosti: "By the time the first Mistral enters service in 2014, we are ready to make as many helicopters as the defence ministry will order."

The Ka-52 alligator attack helicopter naval version prototypes are currently under construction at the progress plant in Russia’s far east, according to Mikheyev.

Capable of launching anti-ship missiles, the helicopters will be integrated with a modified version of Zhuk-A phased array radar, onboard systems, as well as folding rotor blades and anti-corrosion treatment to fuselage.

"By the time the first Mistral enters service in 2014, we are ready to make as many helicopters as the defence ministry will order."

Eight Ka-52Ks and Ka-29/31 Helix assault transport helicopters can be accommodated aboard the Mistral.

As part of an intergovernmental agreement for four Mistral vessels, Russia signed a $1.52bn contract with France to deliver two Mistral-class aircraft carriers in June 2011.

DCNS will serve as the prime contractor for the deal, which also includes transfer of technology; while subcontractors to the shipbuilding platforms include STX shipyard, Saint-Nazaire in western France, and Russian shipbuilder OSK.

The contract award for the third and fourth ships is expected later this year, with the first and second ships expected to be delivered to Russia’s Navy in 2014 and 2015 respectively.