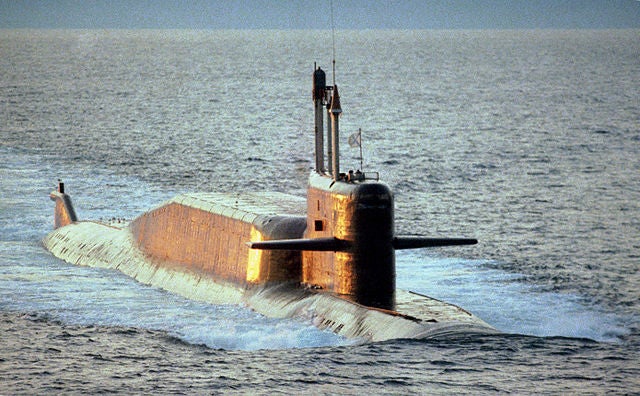 Serga was quoted by RIA Novosti as saying: "The boat’s life after refit and modernisation will be extended by another ten years."

With a Nato reporting name as Delta 4, the K-407 Novomoskovsk submarine is the second Northern Fleet 667 vessel to be refitted following the completion of modernisation work on the Verkhoturye submarine at Zvezdochka shipyard near Severodvinsk, Russia.

On completion of the overhaul, which started in 2007, the submarine performed its final sea trials in June and was handed over to the navy on 27 July 2012.

Serga told the news agency that upgrades to the submarine included several enhancements namely, "making the boat quieter, increasing its ability to detect other submarines, increasing its survivability and nuclear safety."

Armed with 16 intercontinental ballistic missiles including the Sineva missiles, the Project 667BDRM SSBN submarines have a displacement capacity of 12,000t, a maximum diving depth of 400m, are capable of cruising at a speed of 24k and can accommodate a crew of 140.

Constructed at Sevmash in June 1987, the submarine entered into service with the Russian Navy in 1990 and was the first vessel to ferry a scientific satellite into orbit aboard a ballistic missile in 1998.

The submarine is scheduled to be decommissioned from service in 2022.