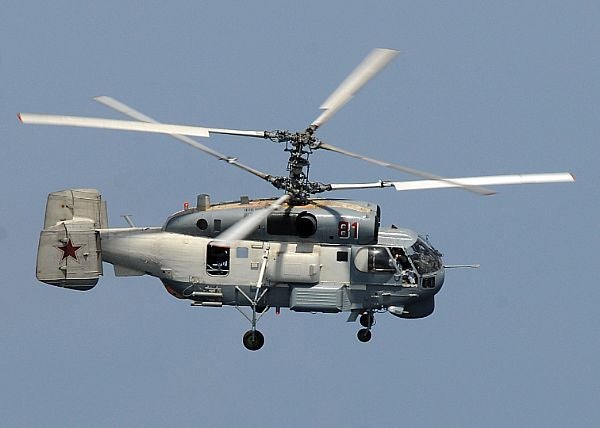 The Ka-27M has successfully demonstrated its deck landing capability during a trial conducted onboard a stationary destroyer earlier on the Kola Peninsula.

During the trials, Ka-27M will validate its new avionics systems capability to search for submarines and also demonstrate radar capabilities against underwater, surface and air targets.

The new Ka-27M helicopter has also been upgraded with modern avionics systems, as well as updated special missions systems to further extend its operational life by another ten to 15 years.

It features a new radar to enable 360° coverage with a greater search radius, as well as the ability to track dozens of targets simultaneously such as surface and airborne threats.

"During the trials, Ka-27M will validate its new avionics systems capability to search for submarines and also demonstrate radar capabilities against underwater, surface and air targets."

Ka-27 has been designed to detect, track and destroy submerged submarines at a depth of 500m and cruise at speeds of up to 75kmph in day and night, and all weather conditions.

The Russian Navy is planning to deploy the aircraft onboard Mistral-class helicopter carriers.

Russia had signed a €1.2bn deal with France in June 2011 to deliver four Mistral-class landing ships, as well as crew training and licences for equipment such as the SENIT-9 data transfer system.

The first and second ships are likely to be delivered in 2014 and 2015 respectively, while the contract award for the third and fourth ships is expected later this year.

Mistral-class ships are 199m-long and weight 22,000t; they can carry 16 helicopters, four landing vessels, 70 armoured vehicles and 450 personnel, while cruising at a speed in excess of 18k.