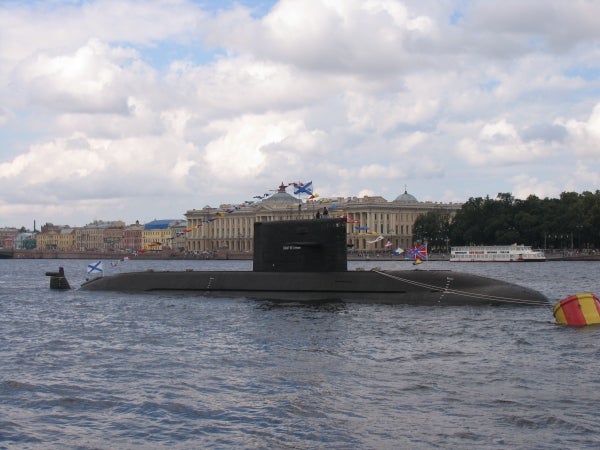 The Russian Navy is developing its fifth-generation nuclear-powered and diesel submarines at Rubin Central Design Bureau facility, according to Rubin head Igor Vilnit.

Rubin is working alongside the Russian Defence Ministry research centres, the Navy Institute and other partners and contractors to develop a basic design of the fifth-generation submarine for the Russian Navy.

"This is a field that requires serious scientific-technical research," Dorofeyev said.

New capabilities will be acquired for the vessels through cooperation with other armed forces components such as surface warships, warplanes, spacecraft and satellites, as well as other submarines, based on an integrated information space.

"This is a field that requires serious scientific-technical research."

The first Borey-class submarine, Yury Dolgoruky, was commissioned into the fleet in January 2013 to replace the existing Project 941 (NATO Typhoon class) and Project 667 class (Delta-3 and Delta-4) submarines.

Russia has plans to develop the fifth-generation submarine, armed with both ballistic and cruise missiles, by 2020 under a 2011-2020 arms procurement programme, the Defence Ministry stated.

Eight fourth-generation submarines, fitted with Bulava submarine-launched ballistic missiles, are planned to be constructed for the Russian Navy, as part of the 2020 procurement programme.