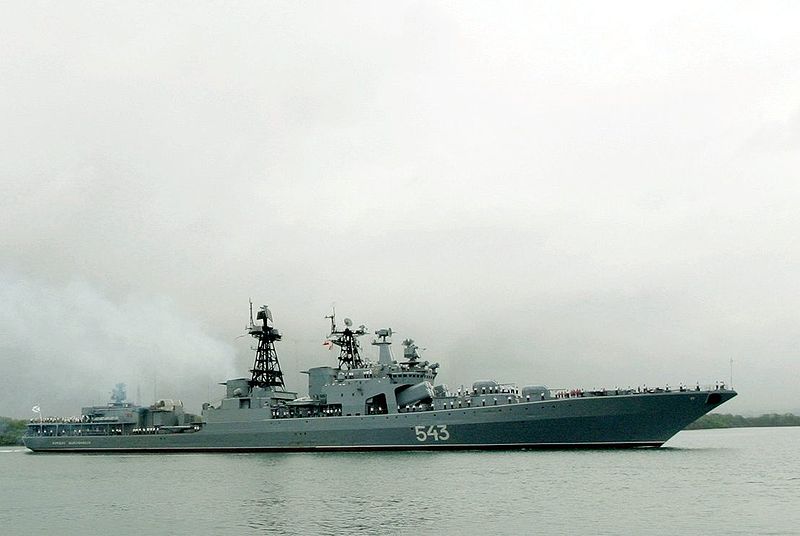 China and Russian Navies have begun their first joint naval exercises in the Yellow Sea off China’s east coast, amidst rising tensions over China’s territorial claims.

Speaking at a regular news briefing, China’s Foreign Ministry spokesman Liu Weimin said the joint military exercise was a long scheduled one between China and Russia in order to uphold regional peace and stability.

Russian Naval deputy chief of staff rear admiral Leonid Sukhanov said the exercise would be held within the framework of the Shanghai Cooperation Organization strategic partnership between both countries.

The exercise involves 16 ships including destroyers, escort vessels and hospital ships and two submarines from China as well 13 aircraft and five shipboard helicopters along with more than 4,000 Chinese servicemen, according to Xinhua News Agency.

The six-day drill will include simulated anti-aircraft, anti-submarine and search-and-rescue operations, including electronic countermeasures simulated rescue of hijacked vessels, anti-terrorism drills and other sensitive technologies.

The exercises will also focus on validating command-and-control, armaments, support and protection systems of the two navies.

The navies will also conduct surface and underwater exercises and test combat systems interoperability, as well as the effectiveness of automated control systems, electronics and information warfare.

Within the framework of the strategic partnership, China and Russia have jointly conducted four bilateral and multilateral military exercises since 2005.