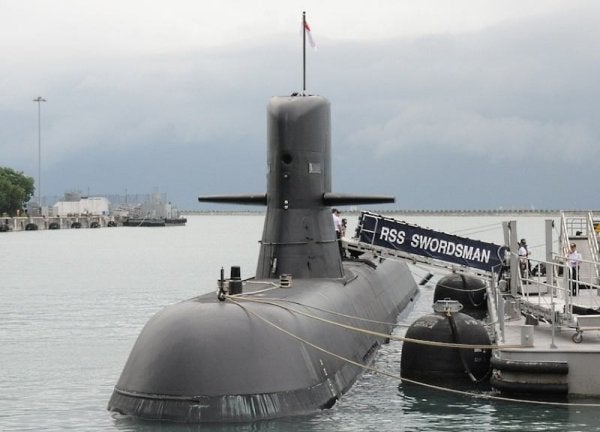 RSS Swordsman has been upgraded, refurbished and tropicalised to validate its performance suitability for conducting operations in local conditions.

Upgrades to the submarine include an air independent propulsion (AIP) system, as well as installation of upgraded sonar and combat systems.

Originally designed to operate in the cold waters of the Baltic Sea, the Archer-class boats are armed with nine torpedo tubes and have been refurbished for the higher temperature and salinity of Singapore’s tropical waters.

RSS Swordsman crew have also undergone extensive training in Sweden since 2008 to better operate and maintain the submarine.

Acquired by Singapore in 2005, the 60.5m-long diesel-electric vessel is one of two ex-Royal Swedish Navy Vaastergotland-class submarines.

"The Archer-class boats are armed with nine torpedo tubes and have been refurbished for the higher temperature and salinity of Singapore’s tropical waters."

The first submarine of the class, RSS Archer, was commissioned in December 2011, while RSS Swordsman was launched in October 2010.

Designed to boost RSN’s ability in securing and defending the country, RSS Swordsman will join 171 Squadron under the RSN’s Fleet Command to protect vital sea lines of communication.

Featuring stealth technology, the Archer-class submarines will support a variety of naval missions that range from surveillance and reconnaissance to underwater warfare.

Additional features of the submarine include command and weapon control system, as well as radar and electronic warfare surveillance measures.

Capable of accommodating a crew of 28, the vessels have a surfaced and submerged displacement capacity of 1,400t and 1,500t respectively.