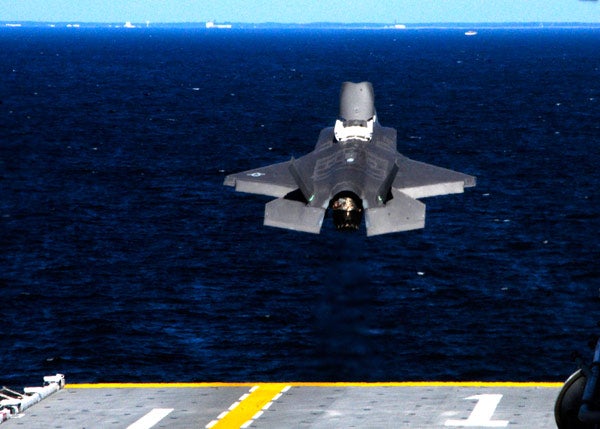 Dave Gordon, Rolls-Royce’s LiftSystem programme director, said: "Rolls-Royce remains focused on further increasing the affordability of LiftSystems for the F-35B Lightning II as the programme continues to grow and mature."

"Rolls-Royce remains focused on further increasing the affordability of LiftSystems for the F-35B Lightning II."

Designed and developed in collaboration with Northrop Grumman and BAE Systems, the Lockheed Martin-built F-35 JSF aircraft can perform take offs from smaller amphibious warfare vessels, as well as landings on improvised airstrips.

The aircraft is powered by a single Pratt & Whitney F135 afterburner turbofan engine and has combat radius and maximum range of 833km and 1,667km respectively.

Currently, about 35 Rolls-Royce LiftSystems are operational aboard the Lockheed Martin-built F-35B aircraft, while enabling short take off and vertical landing (STOVL) operations.

Image: a US Navy’s F-35B aircraft takes off from a aircraft carrier. Photo: courtesy of Lockheed Martin Corporation.