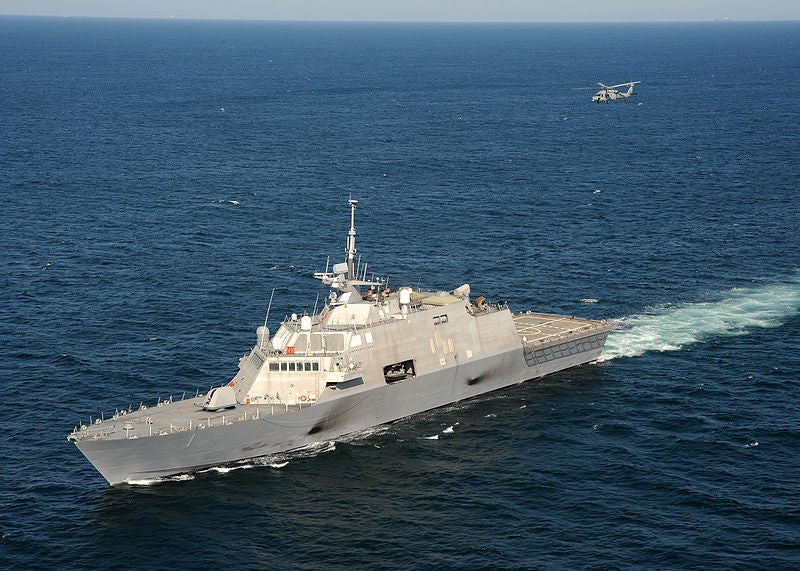 The US Navy has awarded a contract to Rolls-Royce to deliver power and propulsion systems for its two latest Freedom-class Littoral Combat Ships (LCS).

Under the contract, the company will equip each LCS with two Rolls-Royce MT30 gas turbines powering four large Mk1 waterjets to reach speeds in excess of 40k.

The MT30 turbine and waterjets combine to make the LCS highly manoeuvrable, capable of operating in shallow waters, and able to stop and accelerate quickly.

The company will also supply propulsion equipment including shaftlines, propulsion system software and bearings for the Lockheed Martin-designed LCS.

The contract modification follows the previously awarded contract to Rolls-Royce to supply power and propulsion systems for the US Navy’s USS Milwaukee (LCS 5) and the USS Detroit (LCS-7), currently under construction.

Lockheed was awarded $715m to design and construct the Little Rock (LCS 9) and Sioux City (LCS 11) vessels and the deliveries are scheduled in February and August 2016 respectively, according to the 2013 budget.

The LCS programme aims to fill the critical, urgent operational war-fighting requirements gaps that currently exist in the navy to defeat littoral threats and provide access and dominance in coastal waters.

The ships are designed to support launch and recovery operations of manned and unmanned vehicles and can execute specific missions such as mine warfare, anti-submarine warfare and surface warfare.

The MT30 is also used on the UK Royal Navy’s new Queen Elizabeth-class aircraft carriers and the US Navy’s DDG-1000 Zumwalt-class destroyer programme.