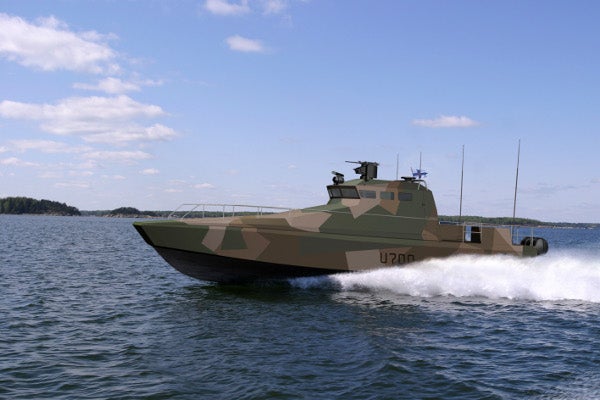 Under the contract, Rolls-Royce will deliver a pair of 40A3 water jets for each of the 12 Watercat M18 AMC high-speed troop transport craft.

In October 2012, the Finnish Navy awarded a contract to Marine Alutech Oy Ab to manufacture and deliver 12 landing crafts between 2014 and 2016.

The boats will be equipped with technology to improve operations in archipelago, coastal and offshore conditions.

In addition to delivering increased speed and enhanced manoeuvrability than conventional propellers, water jets enable the vessel to operate in the shallow coastlines that surround Finland and help meet landing operation requirements.

"The boats will be equipped with technology to improve operations in archipelago, coastal and offshore conditions."

Capable of cruising at speeds of 40k, the boat features an effective heating and air-conditioning system to support missions in cold and excessive heat, as well as ballistic and CBRN-protection systems to protect personnel in all design conditions.

The 19m-long multipurpose high-speed crafts will provide effective protection and can support missions such as troop transportation, medical and evacuation tasks, landing operations, patrolling and escorting tasks, as well as battle and battle support functions.

Equipped with a remote controller weapon station ( RWS) and manual operated weapon pedestals, the vessel is armed with 12.7mm heavy machine gun or 40mm automatic grenade launcher while its coaxial weapon is a 7.62mm machine gun.