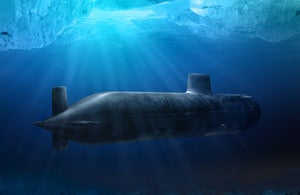 The UK Ministry of Defence (MoD) has placed £800m orders with Rolls-Royce to deliver and maintain the nuclear propulsion capabilities for the Royal Navy submarine fleet.

Under the ten-year contract, Rolls-Royce will deliver services relating to submarine nuclear propulsion systems that will maintain operational efficiency, while enabling cost savings for the UK Royal Navy’s existing and future submarines.

"This contract provides the company with long-term certainty and stability, which will help sustain around 2,000 job."

The nuclear propulsion capability is the power source for the Royal Navy’s Astute and future Successor deterrent submarines.

The contract forms part of the submarine enterprise performance programme (SEPP) and will also enable the MoD to save up to £200m over the next decade.

UK Defence Equipment, Support and Technology Minister Philip Dunne said that the contract would enable the MoD to benefit from the new capability, while meeting the present and future defence and security needs.

"This contract provides the company with long-term certainty and stability, which will help sustain around 2,000 jobs, whilst also providing a better deal for the taxpayer and ensuring our future plans remain affordable," Dunne said.

Announced in the 2010 Strategic Defence and Security Review, the SEPP is a joint MoD/Industry business transformation strategy and aims to save at least £900m by restructuring the UK’s nuclear submarine programme over a ten-year period.

Powered by a nuclear reactor to operate for 25 years without refuelling, the 93m-long, 11.3m-wide Astute-class submarines will eventually replace existing Swiftsure and Trafalgar-class vessels.