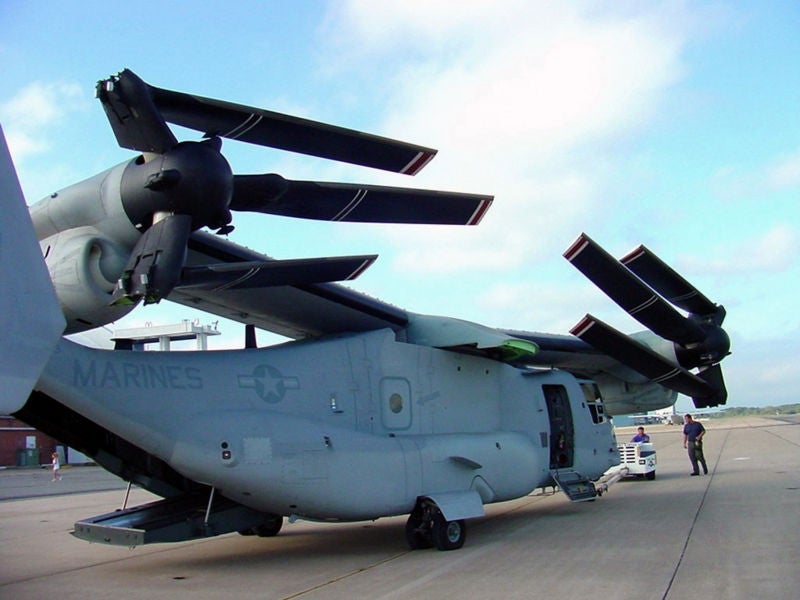 Rolls-Royce has received a contract to provide AE 1107C engines in support of the V-22 Osprey aircraft programme.

Under the $52.2m modification contract, Rolls-Royce will also provide engines for V-22 Osprey aircraft operated by the US Marine Corps (USMC) and the US Air Force (USAF).

It will also carry out repair and support services for the aircraft under the contract.

Developed as the T406 for the Bell Boeing V-22 Osprey tilt-rotor transport aircraft, the AE 1107C is a turboshaft engine that incorporates high-efficiency components and reduced maintenance features.

"The AE 1107C is a turboshaft engine that incorporates high-efficiency components and reduced maintenance features."

The tilt-rotor aircraft is being developed in configurations such as the combat assault and assault support MV-22 for the USMC and the US Army, long-range special operations CV-22 for US Special Operations Command (US SOCOM), and the US Navy HV-22 for combat search-and-rescue, special warfare and fleet logistic support.

Work under the contract will be performed at the company’s facility in Indianapolis, Indiana, US and Oakland, California, US, while fleet support will be provided at customer bases.