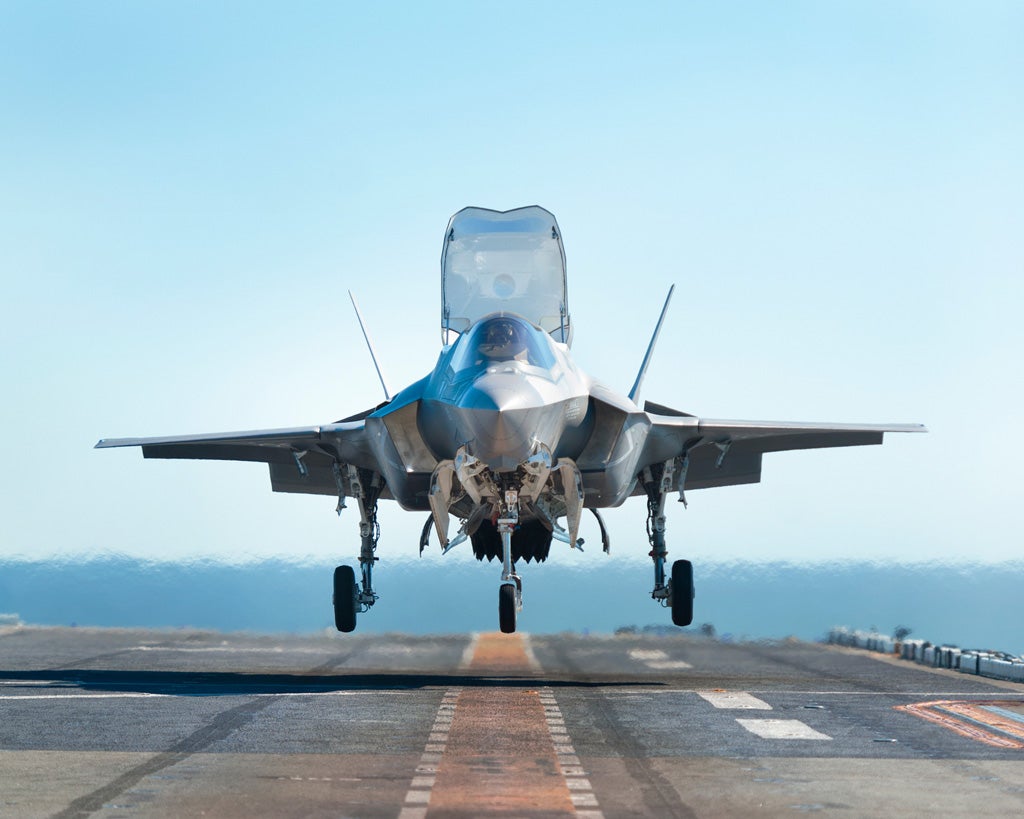 Rolls-Royce has received a contract from Pratt & Whitney to develop and support LiftSystems for the US Marine Corps’ (USMC) F-35B Lightning II joint strike fighter programme.

Under the $215m sixth production lot contract, Rolls-Royce will provide six LiftSystems to provide the Lockheed Martin-built F-35B aircraft with the capability to conduct short take-offs and vertical landings (STOVL).

Rolls-Royce will also provide sustainment, programme management, engineering and field support as part of the contract.

"As we expand our field support, we remain focused on efficiency and further increasing the affordability of LiftSystems for the F-35B Lightning II," Gordon said.

"LiftFan can generate more than 20,000lbf of thrust from a conventional gas turbine and produce the forward vertical lift."

The LiftSystem features the Rolls-Royce LiftFan, a driveshaft, three bearing swivel modules and two roll posts on the wings, to provide a stabilising downward thrust.

Designed and developed in collaboration with Northrop Grumman and BAE Systems, the Lockheed Martin-built F-35 JSF aircraft is powered by a single Pratt & Whitney F135 afterburner turbofan engine and has combat radius and maximum range of 833km and 1,667km respectively.

Image: an F-35 aircraft land aboard an aircraft carrier. Photo: courtesy of Rolls-Royce.