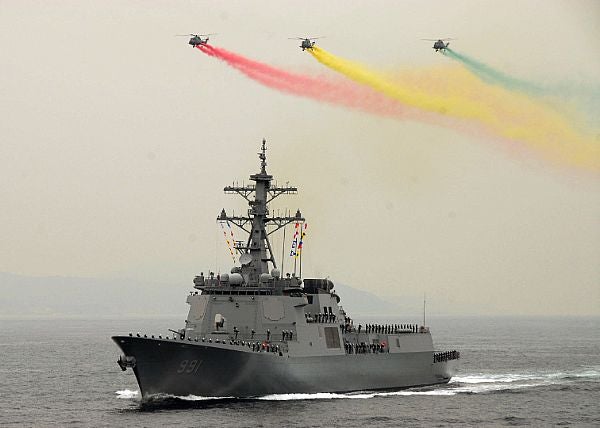 The Republic of Korea Navy (ROKN), in co-operation with the US Navy and Lockheed Martin, has successfully completed a series of trials of the Aegis combat system onboard ROKN’s second Sejong the Great-class ship, Yulgok Yi I (DDG-992).

Doug Wilhelm, Lockheed Martin’s mission systems and sensors business unit director of international programmes, said: "This ship will be a significant addition to the air defence, anti-submarine, anti-surface and self-defence capabilities of the Republic of Korea Navy."

"This ship will be a significant addition to the air defence, anti-submarine, anti-surface and self-defence capabilities of the Republic of Korea Navy."

Aegis has been designed by Lockheed for combat against airborne threats and is also used as a tactical radar defence and fire-control system by the US Navy.

Commissioned in August 2010, Yulgok Yi I is the second of three Korean Destroyer experimental (KDX-III) programme Aegis destroyers, which are currently being built by South Korea.

The series of trials marks the final tests of ship construction and crew training, as well as its system design, hardware and software integration.

Integrated with Lockheed’s multi-function SPY-1 radar, the Aegis weapon system can deliver missiles for any mission and threat environment in naval warfare when paired with the MK41 vertical launching system.

More than 100 ships have been equipped with Aegis Combat System for the navies including Australia, Japan, Norway and Spain, besides US.