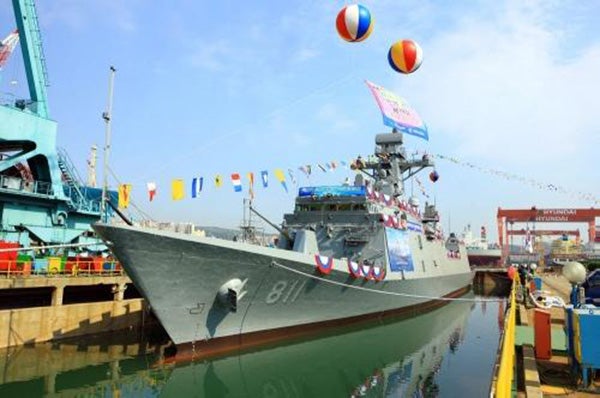 Named after Gyeonggi Province, located near Seoul and the western port city of Incheon, the 2,300t ship has been designed and developed locally to provide improved warfare capabilities for the ROKN, according to the Yonhap News Agency.

The navy said the Incheon-class vessels are being built as part of the ROKN’s FFX naval programme for the acquisition of up to 20 ships to replace the ROKN’s aging Pohang-class corvettes and Ulsan-class frigates fleet by 2020.

Capable of accommodating a crew of 170, the Incheon-class FFX ships feature anti-air defence and helicopter landing capabilities and will also support multi-role operations, such as coast patrol, anti-submarine warfare and transport missions for the ROKN.

The vessels use Rolls-Royce MT30 gas turbine engines to attain a maximum cruising speed of 30k and are fitted with an advanced radar system, guns, a sonar system as well as anti-aircraft and anti-ship missiles.

The first ship of the class, Incheon, was launched in April 2011, while the Gyeonggi ship is scheduled to be delivered and deployed with the navy in 2014 and 2015 respectively.