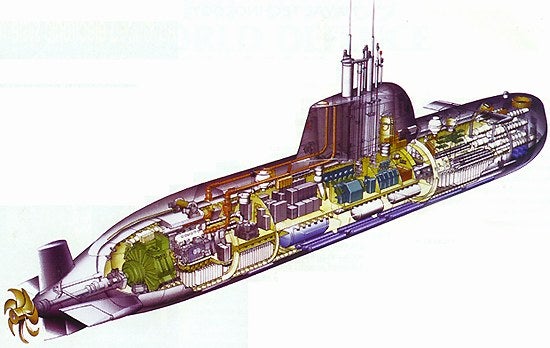 Named to honour Kim Jwa-jin, who led Cheongsan-ri battle in 1920s for independence, the submarine is expected to boost the nation’s underwater warfare capabilities.

The Korea Herald.com cited South Korea’s president Park Geun-hye as saying: "The Kim Jwa-jin submarine will not only contribute greatly to safeguarding our maritime sovereignty, but it will also become a symbol to promote our country’s defence science and technology."

The 65.3m-long and 6.3m-wide submarine is equipped with weapons systems such as the air independent propulsion system to allow underwater missions for two weeks without emerging.

Capable of accommodating a crew of 40, the multi-role submarine can simultaneously handle 300 targets such as ships, aircraft and submarines while cruising at a top speed of 37km/h.

"It will become a symbol to promote our country’s defence science and technology."

Scheduled to be commissioned in 2015 following completion of sea trials, the Kim Jwa-jin submarine will be delivered to the South Korean Navy in the latter half of 2014.

The submarine has been designed to support missions including anti-ship, anti-air and anti-submarine warfare, as well as ship-to-land precision strikes with cruise missiles.

Currently, the ROK Navy operates nine 1,200t 209-class submarines, which were commissioned from the early 1990s, and is planning to procure five additional 214-class submarines by 2018 to boost its naval capabilities.

Featuring a sensor suite comprising the sonar systems, an attack periscope and an optronic mast, the submarine is equipped with integrated sensor underwater system ISUS 90 which integrates all onboard sensors, command and control functions.

Image: the 214-class submarine will have an improvement in AIP performance. Photo: file image.