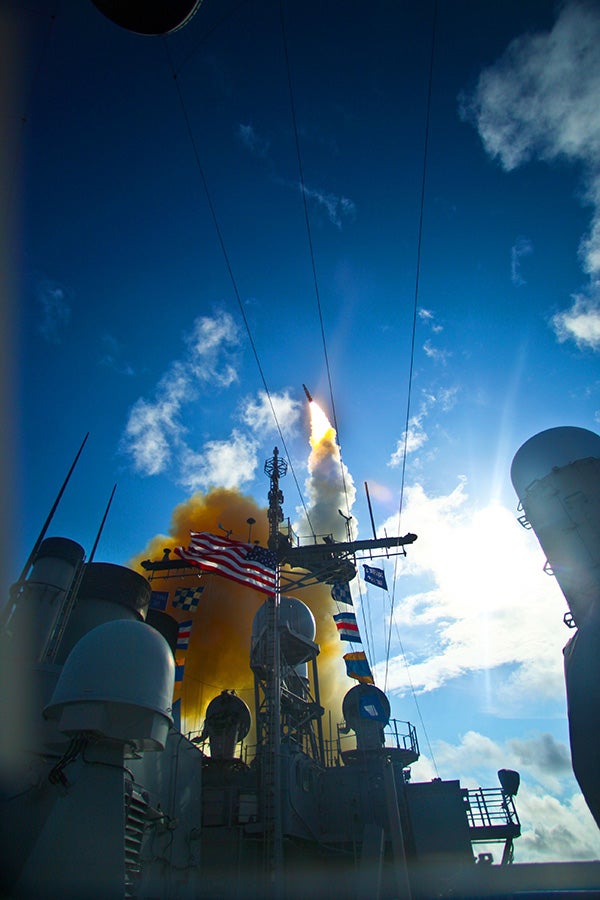 Raytheon’s Standard Missile-6 (SM-6) has received full-rate production approval from the US Defense Acquisition Board.

The SM-6 missile will provide extended range protection against fixed and rotary-wing aircraft, unmanned aerial vehicles and cruise missiles for US Navy vessels.

"This is a monumental moment for the SM-6 programme and signifies a new era of fleet defense for our naval warfighters," Kremer said.

"The first full-rate production Standard Missile-6 is on track for an April 2015 delivery, which is three months ahead of contract."

Raytheon Standard Missile-1, 2, and 6 programmes senior director Mike Campisi said the company delivered the first SM-6 production round to the US Navy in February 2011.

"The first full-rate production Standard Missile-6 is on track for an April 2015 delivery, which is three months ahead of contract," Campisi added.

Forming part of a major component in the US Navy’s naval integrated fire control-counter air (NIFC-CA), the system uses both active and semi-active guidance modes and advanced fusing techniques to protect against several air threats.

Raytheon has delivered additional SM-6 all-up-round to the US Navy in February 2013, marking the first production from its new integration and testing facility in Huntsville, Alabama, US.

The company’s new production facility at Redstone Arsenal was launched in November 2012 and features advanced tools and the latest processes for missile production, while reducing costs.