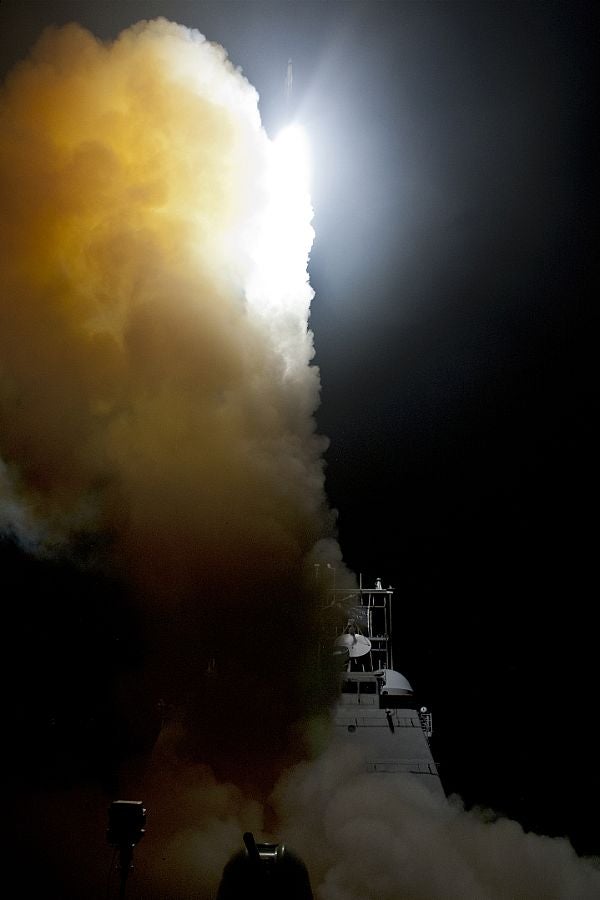 Nick Bucci, Lockheed Martin Mission Systems and Sensors business BMD development programmes director, said: "This is the second of three Aegis BMD tests this year, all of which will evaluate enhanced capabilities and functions of the system within increasingly challenging scenarios.

"Today’s successful test demonstrates the continuing evolution of the Aegis BMD system and reaffirms its role as a cornerstone of global missile defense efforts."

During flight test mission-18 (FTM-18), the Aegis BMD 4.0.1 onboard USS Lake Erie detected and launched an SM-3 Block IB to intercept the short-range ballistic missile target that was launched from the Pacific Missile Range facility on the island of Kauai, Hawaii.

The missile validated its capability to engage and destroy the target in space for the second time, marking the 21st successful intercept for the SM-3 programme.

Raytheon Missile Systems president Taylor Lawrence: "We will continue to increase the complexity of the test scenarios as we demonstrate the full capability of the SM-3 Block IB against more advanced threats."

“We will continue to increase the complexity of the test scenarios as we demonstrate the full capability of the SM-3 Block IB against more advanced threats.”

The SM-3 missile, scheduled for deployment in 2018, will be deployed on Aegis cruisers and destroyers to provide protection against short-to-intermediate-range ballistic missile threats in the mid-course phase of flight.

Raytheon has delivered more than 130 SM-3s to the US and Japanese navies to date, ahead of schedule and under cost, while the next-generation SM-3 Block IB missile is scheduled for delivery in 2015.

Image: A Standard Missile 3 (SM-3) being launched from the Aegis cruiser, USS Lake Erie (CG-70) over the Pacific Ocean. Photo: courtesy of the US Navy.