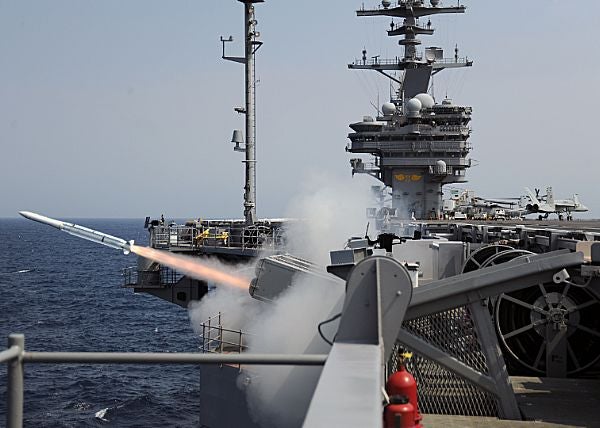 Raytheon has demonstrated the enhanced defensive capabilities of its Evolved SeaSparrow Missile (ESSM) during a test-firing from the US Navy’s Self-Defense Test Ship.

During the trial, the missile successfully hit a high-diving, supersonic threat following its launch .

Raytheon Missile Systems naval and area mission defense product line vice-president Rick Nelson said: "The success of this firing, highlighted by a skin-to-skin intercept, is a direct result of a series of enhancements to what is truly an international missile."

An advanced version of the RIM-7 Sea Sparrow missile, the ESSM is used to strike high-speed, highly manoeuvrable anti-ship cruise missiles, as well as threats from surface and low-velocity air areas.

Using a guidance system, the tail-controlled ESSM provides troops with increased performance against smaller, sea-skimming targets and can be launched without any prior warm-up.

"The success of this firing, highlighted by a skin-to-skin intercept, is a direct result of a series of enhancements."

The medium-range missile is in-service with the US Navy and nine international fleets, across 20 ship classes.

Capable of protecting warships, the missile has been developed under a collaborative programme and the Nato Sea Sparrow consortium, which includes Australia, Belgium, Canada, Denmark, Germany, Greece, Netherlands, Norway, Portugal, Spain, Turkey, and the US.

The ESSM’s enhanced performance capability was earlier validated during a recent test launch from the ground-based system.