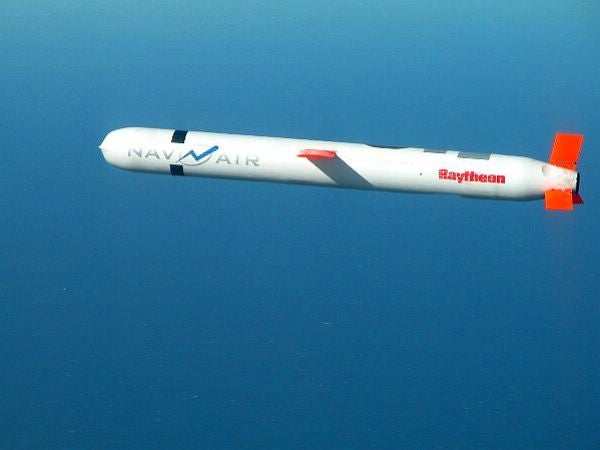 The US Navy has awarded a firm-fixed-price contract to Raytheon for the supply of 361 Tomahawk Block IV all-up-round missiles.

The Tomahawk block IV missile is capable of launch from surface ships equipped with VLS and from submarines equipped with CLS, as well as with the torpedo tube launch system.

The Tomahawk missile is an all-weather, long-range, subsonic cruise missile and has been designed for precision strike missions against high-value and heavily defended targets.

Combat-proven in hybrid warfare operations, Tomahawk incorporates a two-way satellite datalink that allows a strike controller to flex the missile to pre-programmed alternate targets or redirect it to a new target.

Work will be carried out at the company’s facilities in various locations in the US and is scheduled to be complete in August 2014, with the US Naval Air Systems Command acting as the contracting activity.

“The Tomahawk missile is an all-weather, long-range, subsonic cruise missile and has been designed for precision strike missions against high-value and heavily defended targets.”

In February 2010, Raytheon achieved a production milestone by delivering the 2,000th Tomahawk block IV cruise missile to the US Navy.

The US Navy had awarded a contract to Lockheed Martin in March 2012 for upgrading the tactical Tomahawk weapons control system (TTWCS), which integrates the launch hardware and software to provide weapon controls for the missile.

The Tomahawk missile capability is programmed on all US Navy ship classes, including cruisers, destroyers, and all attack and guided missiles class submarines.