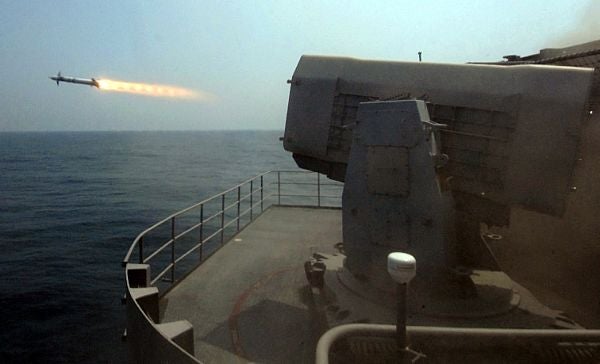 Raytheon Missile Systems naval area defence product line vice-president, Rick Nelson, said the team will focus on the RAM block two’s initial operational capability for the navy alongside the delivery of the first missile production in 2014.

"The first RAM block two firing from a US Navy ship is the culmination of a very strenuous government and industry test programme," Nelson said.

Earlier this year, the RAM block two missile has undergone the navy’s three DT/OT trials from the self-defence test ship and successfully engaged both supersonic and sub-sonic manoeuvring targets, while meeting all test objectives.

The US Navy had awarded the second RAM block two low-rate production contract in December 2012 to Raytheon and its manufacturing partner Ramsys for 61 missiles.

RAM is a supersonic, lightweight, quick reaction, fire-and-forget missile and has been designed to protect host ships from anti-shipcruise missiles, helicopter and airborne threats, and hostile surface craft.

The RAM missile is deployed or planned for installation as an integral self-defence weapon, onboard more than 170 ships for the navies of Egypt, Germany, Greece, Japan, South Korea, Turkey, the UAE and the US.