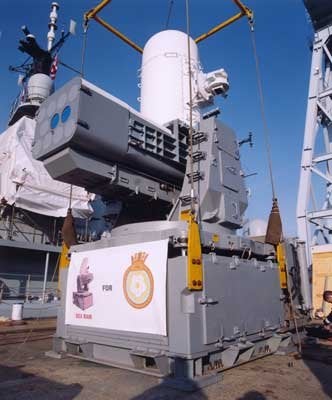 Raytheon has been awarded a contract by the US Navy to overhaul and upgrade nine Phalanx close-in weapon systems and to develop two SeaRAM anti-ship missile defence systems.

Under the $57.8m contract, the company will also supply 20 radar upgrade kits for purchase by the US Navy.

Phalanx is an automatic rapid-fire computer-controlled radar and 20mm gun system which is capable of tracking and destroying enemy threats that infiltrate into the ship’s other defence systems.

SeaRAM is an infrared homing surface-to-air missile, designed to increase the inner layer battlespace range of Phalanx against emerging anti-ship missiles, rotary- and fixed-wing aircraft and other threats.

The autonomous weapon system is a component of the US navy’s littoral combat ship programme, which can search, detect, track and fight threats in shallow coastal waters.

Currently, SeaRAM is deployed aboard the USS Independence (LCS 2) and USS Coronado (LCS 4), and will also be delivered to the Japan Maritime Self-Defense Force.

Raytheon has developed more than 890 SeaRAM systems and are employed in the navies of 25 nations.

Image: SeaRAM is equipped on the USS Independence (LCS 2) and USS Coronado (LCS 4). Photo: courtesy of the US Navy.