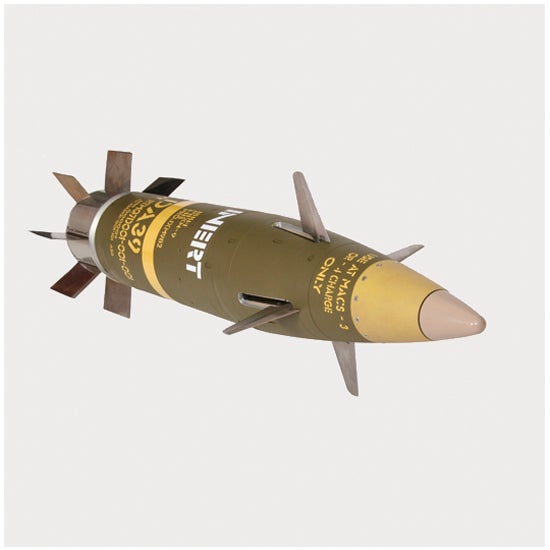 The Excalibur weapon has been modernised with a new guidance and navigation unit (GNU), fitted with a semi-active laser (SAL) end-game targeting capability, to strike targets that re-position after firing, or change the point of impact to reduce casualties and collateral damage.

Raytheon Missile Systems Excalibur programme director Kevin Matthies said the newly enhanced Excalibur would provide the ability to re-target the munition in-flight for troops, as well as ability to hit targets on the move as a semi-active laser seeker.

The SAL seeker has also undergone trials and validated its design robustness in a severe gun-firing environment.

"No other gun-launched GPS-guided artillery round is as precise as Excalibur, which in its current design gives one the ability to hit within 4m of the target 90% of the time," Matthies added.

The SAL equipped new Excalibur variant is also expected to pave way for the enhancement of Excalibur Ib with guidance and navigation units, featuring a GPS/SAL capability.

"No other gun-launched GPS-guided artillery round is as precise as Excalibur, which in its current design gives the ability to hit within 4m of the target 90% of the time."

Raytheon Missile Systems Land Combat vice-president Michelle Lohmeier said the Excalibur has demonstrated its ability to avoiding collateral damage, while striking targets that are either difficult to reach or cannot be quickly engaged.

"The need for this degree of precision to attack moving targets is there, and we now have the ability to leverage demonstrated Excalibur Ib technology to make this happen," Lohmeier added.

Available for both 155mm and 5in (127mm) naval guns, the GPS/SAL will enable the Excalibur precision-guided projectile to combat moving targets on land and at sea.

Capable of reducing overall mission time and cost of delivering precision, the Excalibur has been designed to provide accurate, first round fire-for-effect capabilities in any environment by using GPS precision-guidance technology.

Image: A US Army’s XM982 Excalibur. Photo: courtesy of US Army.