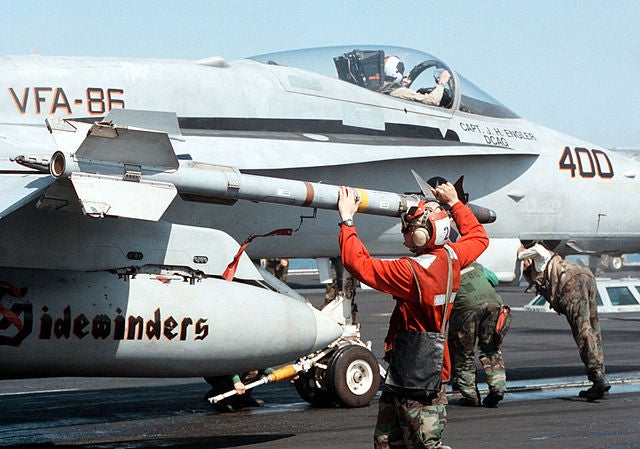 Raytheon has delivered the 5,000th AIM-9X Block II Sidewinder air-to-air missile to the US Navy, marking a milestone in its missile production for the US Government and nine international partners.

Developed under the US Navy-led joint programme with the US Air Force programme, the AIM-9X Sidewinder is an infrared-guided, air-to-air missile and features jet vane control technology.

The missile provides capabilities such as unmatched target acquisition and tracking, as well as enabling extreme manoeuvrability against a range of high-performance threats.

"The AIM-9X Block II’s datalink, improved guidance algorithms and LOAL attributes create BVR capabilities against the most advanced threats that are designed to be survivable against radar-guided missile systems," Martins said.

"The AIM-9X Block II’s datalink, improved guidance algorithms and LOAL attributes create BVR capabilities against the most advanced threats that are designed to be survivable against radar-guided missile systems."

Integrated with redesigned fuse and a digital ignition safety device, the AIM-9X Block II missile has been designed to enhance ground handling and in-flight safety, as well as demonstrating its ability in air-to-surface and surface-to-air missions.

Currently undergoing testing, the Block II missile is scheduled to be operational with the US Navy and US Air Force in early 2014, while the deliveries to international partners are expected to start in 2014.