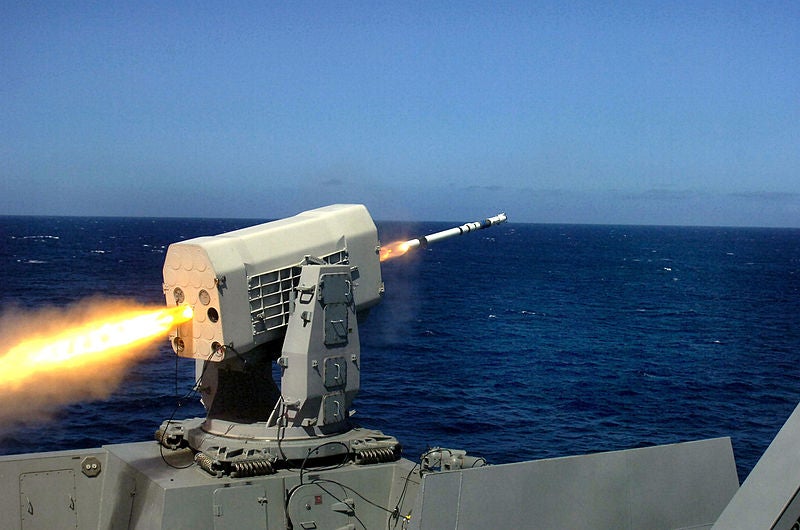 Raytheon has successfully completed the third guided test vehicle flight of its Rolling Airframe Missile (RAM) Block 2, as well as validating the use of production-representative hardware and upgrading kinematic performance capabilities.

During testing, the RAM missile was launched twice to hit a target and demonstrated its command and control capabilities, in addition to proving its guidance system and airframe capabilities.

Under the contract, which also has options that bring the total award value to more than $105m, the navy is expected to receive 25 RAM Block 2 missiles during the programme’s integrated testing phase.

"By taking a very aggressive flight-test path during this stage, we are in an excellent position to begin RAM Block 2 Navy integrated testing later this year."

Co-developed and co-produced by the US and Germany under the international cooperative programme, the RAM guided-missile weapon system can strike against anti-ship cruise missiles, helicopter and airborne threats as well as hostile surface craft.

The RAM missile is currently deployed as an integral self-defence weapon onboard more than 100 ships for the navies of Egypt, Germany, Greece, South Korea, Turkey, the UAE and the US.