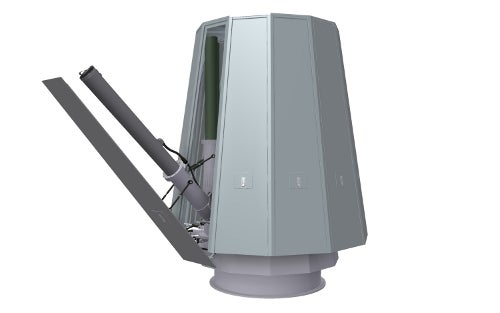 Raytheon Missile Systems and Chemring have signed an agreement to jointly develop an affordable anti-surface missile system to enhance protection of naval platforms against surface targets.

Intended for use on all types of ships ranging from small patrol boats to large warships, the new naval weapon system will also be capable of countering fast inshore attack craft.

Under the terms of the agreement, Chemring’s multi-mission launcher, Centurion will be integrated with Raytheon’s combat-proven missiles with various ranges to provide a sea-based, inside-the-horizon defensive system.

"Our Raytheon-Chemring team will combine a multifunction decoy and missile launcher with world-class missiles and existing ship systems to provide a new mission capability to meet our customers’ specific self-defence needs."

Using a single-launch platform and based on a layered-defence approach, the new mission defence system is currently undergoing integration engineering phase, while live-fire testing is scheduled to be held in mid-2013.

During the testing, the missiles launched from the naval countermeasure launcher will make use of initial target detection, tracking and identification capabilities provided by the ship’s sensors to engage the target.

A minimum of two different missiles will be tested to provide a multi-mission capacity against manoeuvring surface threats.

The Centurion system has been designed to deliver accurate payload placement to maximise decoy effectiveness and protection of host ship.