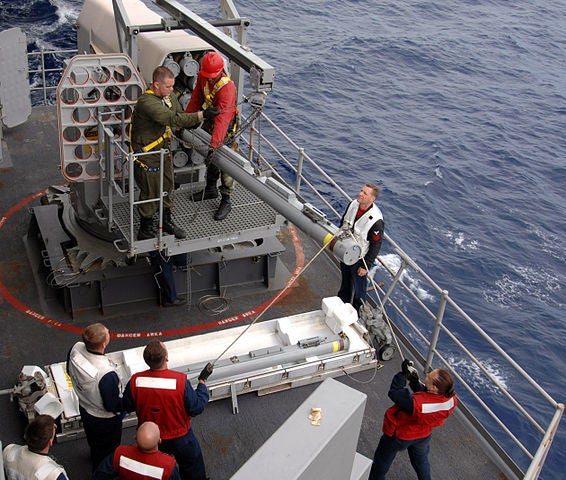 Raytheon has been awarded a contract to begin the low rate initial production of the Rolling Airframe Missile (RAM) Block 2 for the US Navy.

The contract also includes options, which when exercised bring the total value of the award to more than $105m.

"Through Raytheon’s collaborative relationship with our German partner RAMSYS, we continue to improve and expand the capabilities of RAM," Nelson added.

The RAM Block 2 is an upgraded version of RAM, which is a supersonic, lightweight, quick reaction, fire-and-forget missile.

Having successfully completed guided flight tests, the ship self-defence missile is scheduled to undergo an intercept test later in the year to demonstrate its capability, in addition to government developmental testing initiation in support of fleet deployment.

Co-developed and co-produced by the US and Germany under the international cooperative programme, the RAM guided-missile weapon system features enhanced kinematics, an evolved radio frequency receiver and a new rocket motor.

Work will be carried out at the company’s facilities in Arizona, West Virginia and Massachusetts, US, and in Germany; it is scheduled to be complete by September 2014.