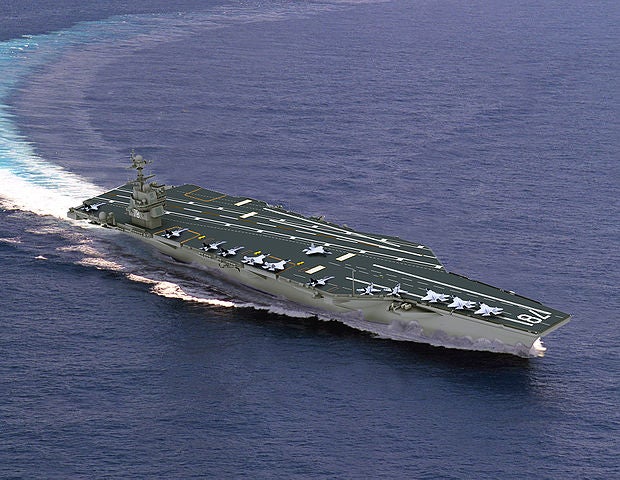 The US Navy has awarded two contracts to Raytheon for the development of a dual band radar (DBR), which will serve as the multi-mission air defence system for the navy’s next-generation aircraft carrier USS Gerald R Ford (CVN 78).

Under the $53.6m contract, the company will work towards enhancing the system’s software that will not only optimise its power efficiency, but will also prepare the radar suite for the next phase of testing and evaluation.

"Leveraging proven technologies and our radar expertise that spans 70 years, DBR will be the US Navy’s most capable radar and a critical asset for the fleet."

In addition, the radar supports a broad range of mission requirements, such as self-defence / anti warfare for air, submarines and surface attacks, as well as situational awareness, land attacks, naval gunfire support, surface search, and navigation and air traffic control.

Developed in collaboration between Raytheon, Lockheed Martin and the navy, the DBR will be produced to replace six legacy radar systems on the Ford-class aircraft carrier.

Image: An artistic impression of the CVN-78 aircraft carrier. Photo: courtesy of US Navy.