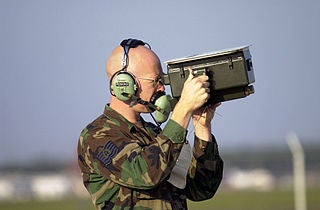 The Mode 5 system is more cryptographically secure than its predecessors and provides electronic counter measures (ECM) resistance, while countering exploitation and deception.

"Together, we would seek to ensure maximum continuity of operational availability by applying our already successful front-line support model during the transition to Mode 5," Daniel added.

Thales UK CEO Victor Chavez said that the IFF Mode 5 programme is for enabling future interoperability for the UK in Nato coalition operations.

"Together, we would seek to ensure maximum continuity of operational availability by applying our already successful front-line support model during the transition to Mode 5."

An electronic ‘question and answer’ system, IFF can be integrated onboard ships, submarines, aircraft and missile air defence systems to enable differentiation between friendly and hostile forces, which is considered Nato and UK defence policy’s fundamental requirement.

The Thales Mode 5 IFF equipment has demonstrated its interoperability in 2010 for the US Navy Naval Air Systems Command and was certified to AIMS standards in 2012.