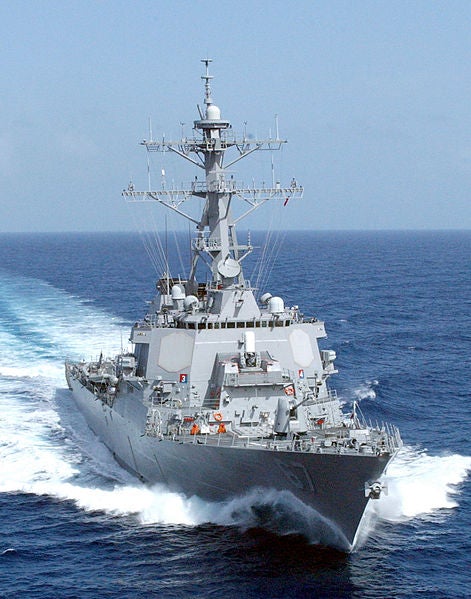 The US Navy has awarded a contract to Raytheon for the engineering and modelling development phase design, development, integration, test and delivery of air and missile defense s-band radar (AMDR-S) and radar suite controller (RSC).

Under the $385m cost-plus-incentive-fee contract, Raytheon will build, integrate and test the AMDR-S and RSC engineering development models (EDMs).

Designed for installation onboard the DDG-51 Flight III Arleigh Burke-class vessels beginning from 2016, the AMDR features S-band radar, X-band radar and radar suite controller to offer area and self defence against air and surface threats.

The AMDR-S is an integrated air and missile defence radar, capable of providing long range detection and engagement of advanced threats.

The X-band radar provides horizon-search radar capability while the RSC has been designed to offer S and X-band radar resource management, coordination and interface to the Aegis combat system.

In addition to operating in different environments and mission regimes against a wide variety of potential targets and profiles, the radar provides improvements in power, sensitivity and resistance to environments needed for multi-mission capabilities.

"The radar provides improvements in power, sensitivity and resistance to environments."

The AMDR will also provide the US Navy with multi-mission capabilities, simultaneously supporting long range, exoatmospheric detection, tracking and discrimination of ballistic missiles.

Raytheon will integrate the AMDR suite with the existing AN/SPQ-9B X-band radar, as part of the contract.

The company will begin design work followed by preliminary design review and conclude with the AMDR-S and RSC engineering development models acceptance at the end of testing.

The contract includes options for developing low-rate initial production systems, which may be exercised following Milestone C scheduled for fiscal year 2017, and if exercised, would bring the total value of the contract to $1bn.