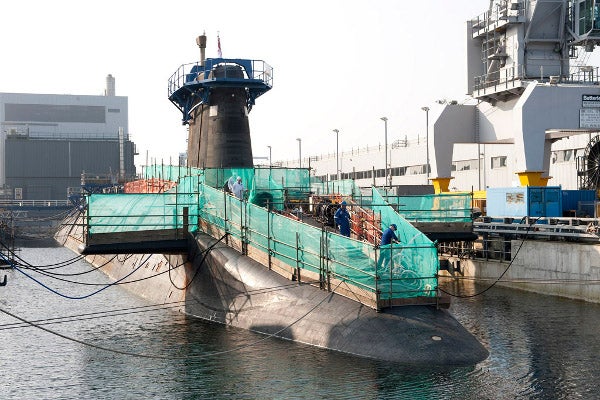 Under the £1.1m contract, the company will provide access scaffolding and containment systems around the vessel to enable upgrade activity to be carried out easily.

Pyeroy’s Marine Division director Jack Hayton said; "Scaffolding for access to the vessel’s hull is underway and this is another major contract for Babcock that showcases the skills and workmanship of our workforce."

As part of the Long Overhaul Period and Refuel (LOP(R)) programme, HMS Vengeance is the fourth and last of the Vanguard-class submarines to undergo the project after the completion of similar upgrade of HMS Vigilant.

The LOP(R) project involved fitting the submarine with a new reactor core as well as tactical and strategic weapons system upgrades, surveys, hull and structure preservation and an overhaul of all the submarine’s major components, systems and equipment.

All four Vanguard-class submarines, each capable of carrying 16 missile tubes and Trident II D5 nuclear missiles, are currently based at HMNB Clyde.

The subcontract will be carried out at Babcock’s Devonport Royal Dockyard facility.

Apart from supporting the refit of the Royal Navy’s Trafalgar-class submarine HMS Torbay, Pyeroy is also involved in the construction of the Queen Elizabeth class aircraft carriers.

Image: The £350m refit being carried out on HMS Vengeance at Devonport. Photo: Courtesy of the Royal Navy.