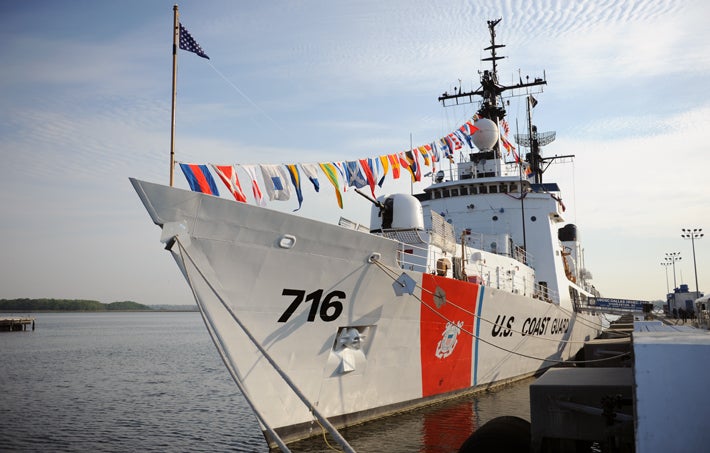 The 378ft-long BRP Ramon Alcaraz is the second Hamilton-class vessel from the US Coast Guard, named USCGC Dallas, which was decommissioned and delivered to Philippines.

In a statement, the Philippine Embassy said that the ship entered refurbishment and its 14 officers and 74 crew members led by captain Ernesto Baldovino had been undergoing training since the ship was transferred to the Philippines in May 2012.

During the trials, the vessel will demonstrate capabilities such as its propulsion and other systems performance.

Defense and Naval Attaché of the embassy navy captain Elson Aguilar said: "We want to make sure everything is in place before the Alcaraz finally sets sail for the Philippines before the middle of next month."

"We want to make sure everything is in place before the Alcaraz finally sets sail for the Philippines before the middle of next month."

Dallas is an all-weather high-endurance cutter, powered by diesel engines and gas turbines and has features similar to that of the BRP Gregorio del Pilar (PF15), the Hamilton-class cutter acquired by the Philippines under the Excess Defense Article and Military Assistance Program in May 2011.

Armed with a rapid-firing 3in/76mm gun, a 20mm Phalanx, and two 25mm mk38 Bushmaster auto-cannons, the 378ft-long, 3,250t Hamilton-class ships have dual diesel and gas turbine engines and can cruise speeds of 29k.

The cutter can carry a crew of 180 and supports a range of missions, including drug and migrant interdiction, law enforcement, search-and-rescue, living marine resources protection, and helicopter operations.